These two local young brothers did something wonderfully giving with their Christmas. Compassionate young Otto had been moved by the plight of the homeless people he has been seeing on the streets. So Otto resolved to take action – to do something to help. His parents were taken by surprise when they woke up early one Christmas Holiday morning to find Otto up with his younger brother Tom, both of them ready to put on a yard sale to raise money to help homeless people! Otto and Tom managed to raise an incredible £200! They decided to put this money towards their local homeless charity, Ace of Clubs where they could see the money would be put to it’s most effective use. ‘This is such a lovely and inspiring story at this tough time of year for the homeless’ said centre manager, Sarah Miles. Ace of Clubs director, David Logan was bowled over by the action and compassion of the two young brothers saying ‘I think they’re superheros, it’s very encouraging and gives hope to all involved here at Ace of Clubs that local young people are switched on and have a conscience regarding what’s happening with the vulnerable in our community’ 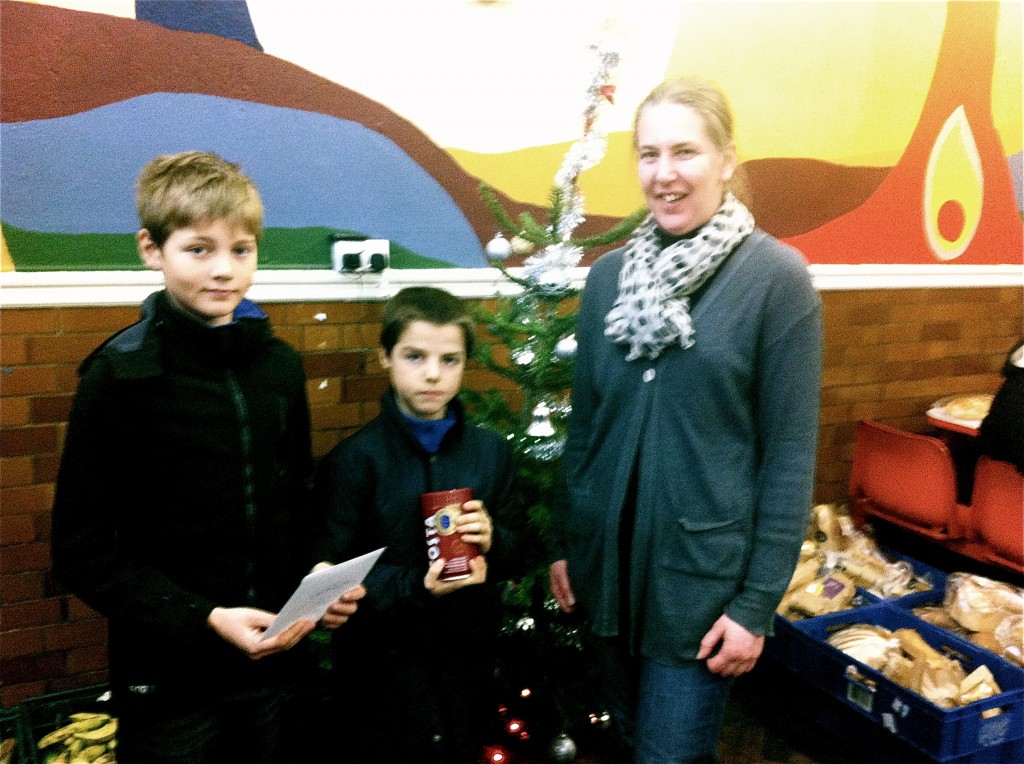 Brothers, Otto Cooper (11) & Tom Schwimmbeck (8) bring the funds they raised to Ace of Clubs and get a tour from Centre Manager, Sarah Miles